Major U.S. products Pipeline Company had a requirement to replace a number of 3″ and 4”, ANSI 150 Series, ball and plug valves installed in meter prover drain applications. Their goal was to minimize future outage time and costs associated with buried leaking prover valves. The original valves were buried below grade at varying depths (between 6 and 12 feet) with hand wheels that extended down from the surface to the valve installation.

The pipeline company wanted to replace the valves with units that included a Double Block & Bleed feature to ensure seal integrity in the future from the surface. The leakage of the previous meter prover valves caused repeated poor meter accuracy and ultimately extended delays in operations. They also wanted to minimize the costs and time-loss associated with replacing/repairing (excavation costs estimated at greater than $25,000) buried valves.

Chromatic Industries developed a new product, the EBV, incorporating the existing HCV Valve concept and the Double Block and Bleed (provable seal) design with a new innovative extended body so the valve’ internals (Cartridge) can always be accessed from the surface without costly, lengthy excavation.

With this new innovative HCV Valve, they are able to verify the valve is sealing from the surface as a result of the Double Block and Bleed design and to replace/repair internals in less than one day with the added feature of the extended body (as opposed to planning a significant project scheduling an extended outage with loss of operational time/revenue, employing a contractor for significant excavation, and no more need to remove and test large amounts of surrounding soil for contamination). 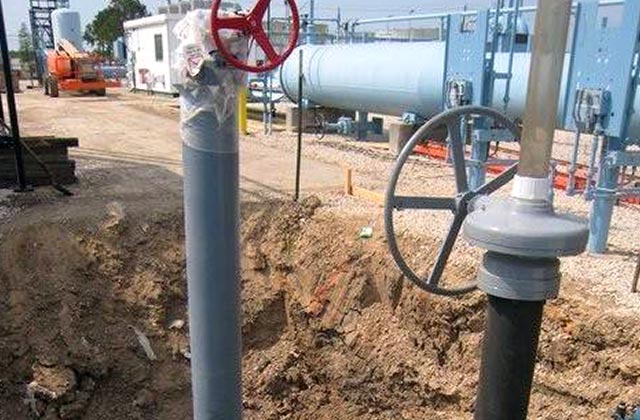 Based on the costly and lengthy repair process with buried service valves, a customer requested a design a solution. Chromatic developed a new product line, the EBV, incorporating the existing HCV valve concept and the double block and bleed feature with a new innovative extended body to supply a lasting reliable solution that has greatly reduced repairs when required while improving the accuracy of the meters.